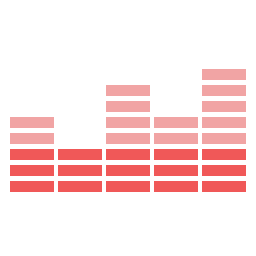 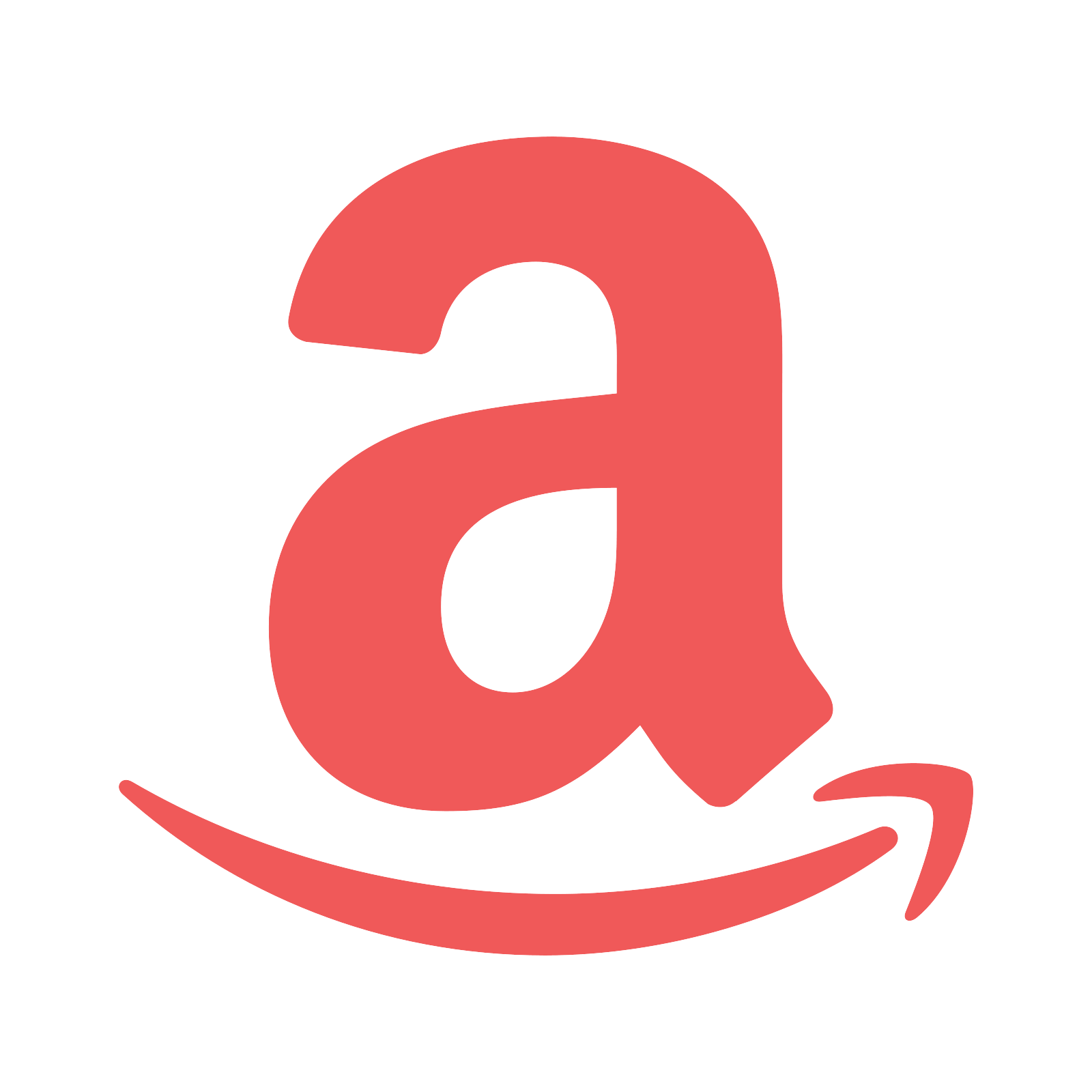 Imposter Syndrome is finally coming out on October 7th including Girls Like Me, In 40 Years, Blue Monday, The Ghost of Me, and three brand new songs! To celebrate, Barbra is having an early release concert on October 2nd as part of Kensington Market Jazz Festival in Toronto. You can catch her with the full band (Joel Visentin on keys, Tom Fleming on guitar, Will Fisher on drums, and Mark Godfrey on bass) at Supermarket on Augusta Avenue (10 pm – 11 pm). A limited number of advance copies will be available at the show.

MORE ABOUT THE ALBUM:

In a world where almost everyone appears to have their public image and hashtags in order, Imposter Syndrome explores instead an identity still in flux. Equal parts playful and sombre, these songs flip unapologetically between genres, tempos, and production styles in search of what it means to be a flawed human with big dreams, bigger feelings, and a verifiably awkward social presence…

With this newest EP, JUNO-nominated singer-songwriter-producer Barbra Lica presents her most brutally honest music to date, combining elements of Folk, RnB, Indie Pop, Jazz, and Existential Synth (not a real genre). Recorded almost entirely in home studios and cobbled together instrument by instrument, “Imposter Syndrome” represents a two-year production collaboration with some of Toronto’s most accomplished artists including James Bryan (Prozzäk, Philosopher Kings), Nicolas Tateishi (Sam Drysdale, Joanna Majoko), Christine Bougie (Bahamas, Lydia Persaud), Drew Jurecka (Dua Lipa, Jully Black), and Joel Visentin (“This American Life”). With her light-hearted dance number dedicated to girl nerdom (Girls Like Me), her reverie to utter defeat (The Ghost of Me), her gentle musings on empathy (Take Care of You), and her Randy Newman-esque ode to aging women (Sour Women), Barbra takes listeners on a rollercoaster ride of emotions and soundscapes.

This project is funded in part by FACTOR, the Government of Canada and Canada’s private radio broadcasters.

Had a chance to check out Barbra’s previous releases yet? In 40 Years is making some serious radio waves and to celebrate, all of Barbra’s newly produced When Harry Met Sally-inspired vignettes are now up on YouTube. We asked  five couples to answer one important question: what’s your secret to lasting love? Check out their answers HERE.

If you haven’t seen it yet, also make sure to dance along to the new music video for Girls Like Me AND look out for more dates with the Toronto Chamber-Pop Orchestra. Next up: Kitchener, Ontario (Tickets HERE)

“It starts and ends with Lica’s voice. It’s a bright, vibrant contralto one minute, laconic and syrupy the next when she lets a phrase die on the vine and trail off”

Barbra Lica is a JUNO-nominated singer-songwriter based in Toronto, Canada.  She has performed her original songs around the world across club and festival circuits, from New York City’s legendary Birdland to international music festivals in North America, Eastern Europe and Japan. Her most recent album, “You’re Fine” (Justin Time Records), has amassed over 4 million streams on Spotify.  In addition to writing for herself, Barbra has written cuts for such artists as jazz crooner Matt Dusk (Entertainment One/Universal), rising J-Pop singer Harumi (Sony Music Japan), and Taiwanese pop recording artist, Morrison Ma (Universal Music Group/X Entertainment). Today, Barbra continues to develop her genre-bending style, writing and producing from her home studio with her cat Cookie.

Or how I learned to stop worrying and love the holidays

Barbra Lica ·
@beelica
Thanks to @theperlichpost for spreading the news! Hope to see you there tonight - free advance copies of “Imposter Syndrome” to the first five peeps through the door. See you soon! 🥳🥳 #kmjf #cdrelease #doorprizes #sundayfunday https://t.co/uVDx1ZgV1W
View on Twitter 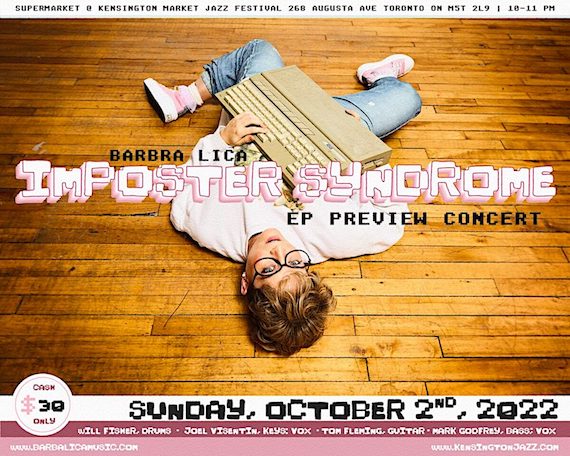 The Perlich Post@theperlichpost
Barbra Lica previews "Imposter Syndrome" with a full band as part of Kensington Market Jazz Fest tonight at Supermarket (268 Augusta) at 10 pm! Check out her site for more info about her recording and show: https://t.co/dOyJ4pm3Eo https://t.co/7VrJIXBCeV
1
2

Barbra Lica ·
@beelica
Thanks to @exclaimdotca for featuring my music!! It means a lot 🥰🥰🥰 https://t.co/kscCOnBTz2
View on Twitter 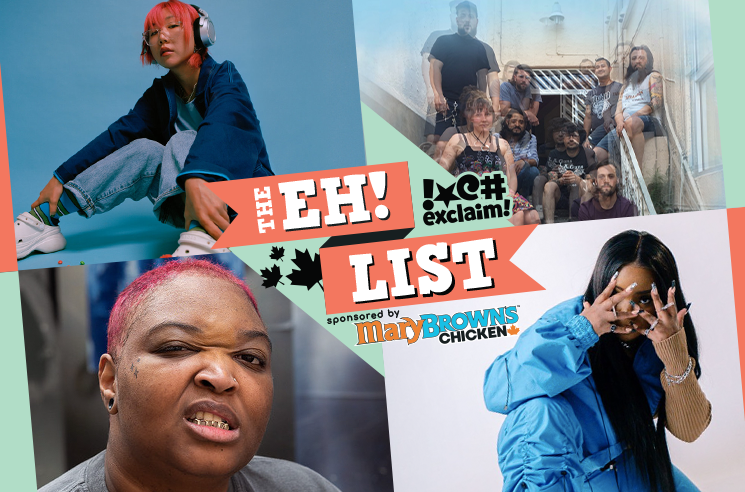 Exclaim!@exclaimdotca
Hey (with the intention of making sure you don't miss out on the homegrown gems in our playlist of the week's best new 🇨🇦 music)
Presented by @MaryBrowns Chicken & Taters — all Canadian and proud of it!
Spotify: https://t.co/x8iJ4aK0Dk
Apple Music: https://t.co/nsD4GFjtNB https://t.co/ZJzo8nFFEf
0
2

Barbra Lica ·
@beelica
New song tonight at midnight. This one’s a production collab with Nick Tateishi and I can’t wait for you guys to hear it. 📷: @JenSquiresPhoto Graphics: @stevenpreisman https://t.co/A8swIoRzlU
View on Twitter 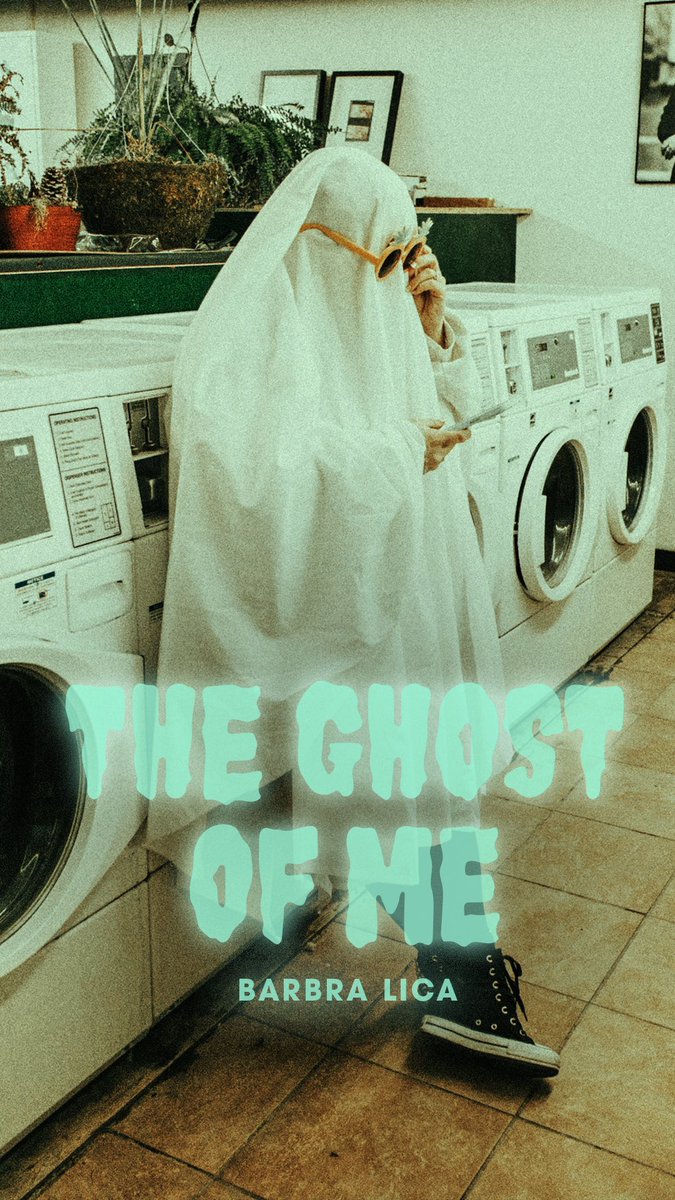 Barbra Lica ·
@beelica
Thanks for this!! You guys are the 🐝’s knees https://t.co/dGVScPEogs
View on Twitter
All in a Day@cbcallinaday
We just played "Blue Monday" by @beelica.
0
1

Barbra Lica
It’s Tonight!! If you wanna be the first to hear the new EP, check out our set at 10 pm tonight - Supermarket on Augusta Ave (as part of the Kensington Market Jazz Festival). We’ve got Mark Godfrey the lumbering Londoner slappin da bass, the beast from the east, Will Fisher - Musician on the hit tubs, Tommy the Tank Fleming on guitar and Joel Visentin the Winnipeg whisperer on keys. Limited number of “Imposter Syndrome”advance copies will be available for sale and free copies will go to the first five people through the door!
View on Facebook

I hope work was kind to you today. Just looking ahead over here and wanted to draw your attention to a few upcoming events.

First up: October 2nd! I'm playing a set to close off the Kensington Market Jazz Festival at 10 pm and if all goes to plan, I WILL have a limited number of advance copies of my upcoming EP: Imposter Syndrome. Not only will be playing down the whole album live, but we'll include one-night only performances of songs that DIDN'T make the album (mostly with good reason). At least one of these is very very weird. Tickets are $30 cash at the door and I know it's a late set, but I promise it's gonna be a good time. Write me in the comments if you're planning on coming so I can put my anxiety about late sets to ease. hahah

Secondly: Announcing my last show with the Toronto Chamber-Pop Orchestra for a while on November 18th at The Registry Theatre in Kitchener. This is the last concert funded by the generous folks at Canada Council for the Arts | Conseil des arts du Canada before we head into a long period of pre-production for a full-scale orchestral recording. Come to the show and stick around afterwards to chat in the lobby and let me know which songs you'd like to hear recorded. More info and tickets can be found here: https://registrytheatre.com/event/barbra-lica-songs-for-orchestra/

I hope to see you soon at one of these shows, and if not, stay tuned for the EP drop on October 7th. It'll be on my bandcamp as well as all your favourite streaming platforms!

I have a new song out today and this is possibly the most angsty I've ever been in a song. The truth is that I've been making music for a long time, and you can't do that without developing a wicked case of Imposter Syndrome (incidentally the name of my new EP coming at you in October). I came to my friend and fellow songwriter Danielle Knibbe (Music) with some of these feelings, explaining my long lonely city wanders and my love-hate relationship with social media...my unwillingness to dig into a particular vibe and becoming a marketing guru...and this is what we came up with! Add to that the dark production stylings of my collaborator Nick Tateishi and the sound of an old projector to illustrate my cyling mindscape of fears and regrets...and you have "The Ghost of Me". I'm throwing alot of feelings at you here and I hope some of you can relate. The link to stream is below and please let me know what you think.